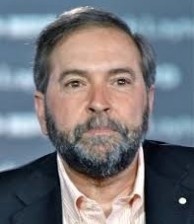 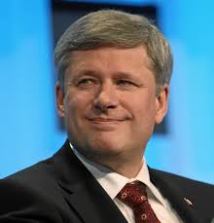 In my previous article I pointed out that the facts seem to indicate that the NDP and the Conservatives are collaborating in the federal election while under the direction of Brad Lavinge and his public relations firm Hill and Knowlton. The provincial election in British Columbia in 2013, in which it appears the NDP threw the victory to the Liberals, is of much interest because the same NDP campaign operatives in BC are now working on the Federal NDP campaign.

There are several similarities in the Federal NDP campaign to what happened in BC. The NDP have gone from strong leaders in the polls to trailing in third place. This looks a lot like the slide the pollsters reported that the NDP took in BC except the Federal pollsters appear to be letting the NDP down more easily. As in BC it is highly questionable the NDP ever had that lead.

The advice from Hill and Knowlton to the NDP is also very poor, that is if the NDP ever planned to win the election. As in BC the NDP seems determined to stay on a course that does not resonate with the electorate. Mulcair looks stiff and fake much like Dix did in BC. He refuses to talk about issues that would destroy his opposition much like Adrian Dix’s approach. Had Dix just reminded the electorate of the facts established in court regarding the sale of BC Rail the Liberals would have been decimated.

Similarly Mulcair refused to talk about Harpers connections to ISIS. This single story, if Canadians were aware of it, would no doubt end Harpers career. Mulcair did not mention Harpers role in smuggling British school girls and many others into Syria. On top of that Mulcair also supported Harpers military adventures in Syria to fight what many observers are calling a “Wag the Dog” scenario. It appears the creation of ISIS and the starting of a war was the result of an elaborate scheme made up by Public Relations Firms and Global Military interests.

In 2007 Jack Layton was also criticized for betraying the NDP with his close relationship with the Conservatives. “ It can be readily seen that the apparently venal Jack Layton-led NDP elites, were singularly responsible for triggering-off an election in January 2006 which led to the election of Mr. Harper’s minority right-wing government. It is also apparent that the actions of these same NDP elites, are singularly responsible for propping-up Mr. Harper’s Conservative government” LINK. So it seems the NDP/ Conservative alliance goes quite a way back simultaneous with Canada’s declining international reputation as a peace maker and a defender of Human rights around the world.

On a local level another example of NDP relationship with corporate domination is the story about NDP Member of Parliament Murray Rankin which was published in the October 2015 edition of Focus Magazine. This article lays out how Rankin played a key role when acting as a lawyer to win a 300 million dollar lawsuit for an American mining company who was being denied a permit to mine in New Brunswick. The loser in that case was the Canadian Government in what was called a remarkable step backwards in environmental protection.

It seems it is business as usual for the NDP/Conservative unholy matrimony and their advisors at Hill + Knowlton. Whether their efforts result in a Conservative government will soon be seen.