Are the NDP and Conservatives, while working under the guidance of Hill+Knowlton, collaborating to fix the 2015 Federal election?

Hill + Knowlton and other political operatives were involved in questionable activities while working for the New Democratic Party in the 2013 election in British Columbia. They are now playing a major role in the 2015 Federal NDP and Conservative campaigns. It looks like the Federal NDP campaign team is scheming to give the victory to the Conservatives in the same manner as what the British Columbia NDP team did for the Liberals. 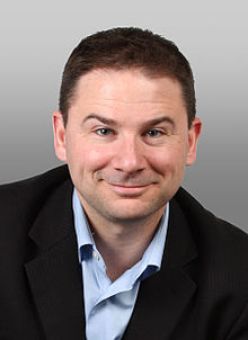 Hill+Knowlton is playing a major role in Canadian Politics. Senior NDP campaign advisor Brad Lavinge is also vice president for Public and Corporate Affairs of this PR firm. They are a wing of the strangely named, Wire and Plastics Products (WPP), the largest public relations firm in the world. Some would say WPP is the public face of the global elite’s political agenda. Most NDPers would wonder what they have in common with the goals and aspirations of Hill+Knowlton.

Hill + Knowlton are remembered as the inventors of the incubator baby hoax, the Pearl Harbour event that created the public support of George Bush senior’s 1991 Gulf War. The US invasion of Iraq led to the death and suffering of millions of innocent people. If Hill +Knowlton could pull that one off then fixing an election would be a cinch.

Hill + Knowlton have very close associations with the Conservative Party of Canada. For instance on March 9, 2015, just before the election campaign got started, Jason MacDonald, Harpers former director of communications and chief spokesperson joined Hill + Knowlton as a vice president.

British Columbians began to question the honesty of politicians and their advisors after witnessing the strange results of the 2013 provincial election. There appears to have been high level political manipulations performed by people working for Hill + Knowlton and corporate funded public opinion pollsters, aided and abetted by British Columbia’s NDP and Liberal leaders. The NDP campaign manager Brian Topp was also a partner in the newly formed PR firm, Kool, Topp and Guy. Astonishingly they were incorporated on Jan 28, 2013 just two weeks before Topp arrived in BC and took over the NDP campaign. 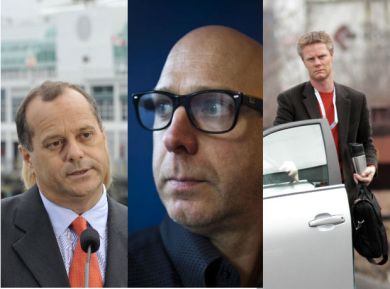 Ken Boessenkool and Don Guy were key advisors for the Liberals while Topp ran the NDP campaign. A very strange situation indeed. Because Brad Lavinge was always in the back ground, no one knows exactly what role he played in the BC election. It looks like Hill + Knowlton was using Kool, Topp and Guy as their front men while Lavinge safely called the shots from the shadows.

This is a scenario of how Topp, Lavinge and company ensured a win for the BC Liberals. Firstly, they allowed strangely inaccurate if not outright fraudulent public opinion polls showing the NDP in the lead to go unchallenged. Then, they either did no polling themselves, or if they did, they suppressed the results. What further elevated suspicions that the election was not on the level was when the BC NDP’s “Report of the 2013 Election Review Panel” was released. Topp and company claimed that they did conduct polling. The problem is they never produced their results for anyone to see.

Page 2: “While the Provincial Office and Staff were extremely supportive through all of our work, a number of documents, including the campaign strategy, were not available and others, such as polling and focus group reports arrived late and could not be reviewed….”

So Topp claims they conducted internal polling but he was strangely not able to produce the results for the scrutiny of the members of the party. As well Topp claims there were focus group reports, but again he did not produce them for the Review Panel. A long time NDPer who quit the party over this scandal mused “it is interesting that NDP set up a Review Panel to look at what went wrong with their election campaign but the NDP would not provide the panel with the information needed for the review.”

If Topp did no polling that would be damming evidence of him betraying the party. On the other hand if it were proven that Topp and Lavinge were aware of polls showing the NDP were losing the election and they kept that secret, this would be irrefutable evidence of malfeasance.

That evidence comes from Don Guy, Topp’s partner, a professional pollster very closely associated with Brian Topp. His was Topps partner in the newly formed Public Relations Firm Kool, Topp and Guy. Guy was conducting internal polling for the Liberals during the campaign. Guys’ results were based upon using tried and true methods and were shown to be accurate. This makes one wonder what were the methods that the corporate funded polling companies used that showed a huge lead by the NDP. Crooked methods perhaps? In fact Guy claims he predicted the Liberal majority based upon his findings.

May 18, 2013, Ottawa Herald. It was the Liberals’ internal party polls that accurately pegged the result: a healthy Clark majority. “We had it nailed,” Don Guy, one of the Clark team’s top strategists, said in an interview. “We couldn’t get anyone to believe us because of the public polls.”
Apparently Don Guy was telling everyone during the election campaign that the Liberals were winning and the NDP was losing but it seems no one was listening including his business partner Brian Topp.
Other than an outright confession this is about as close as you can get of proof of Topp’s malfeasance. Incredibly the leadership of the BC NDP had no questions about this situation and as well they suppressed these facts after the election in what looked like an attempt to cover up their tracks. One would think that the NDP would at least fire them all for good and pledge to never have anything to do with them again. On the contrary it seems the NDP were quite satisfied with Lavinge’s and Topp’s work. The Federal NDP hired Lavinge to run their election campaign. Brian Topp is now Rachel Notley’s chief of Staff in Alberta.

When I contacted a prominent NDPer about all this he said I should be worried about being sued for laying these allegations. I answered perhaps we all should be more worried about the chances that what I am saying is true. Tellingly no one from the NDP has attempted to refute these claims.

Brad Lavinge, while still on the Hill + Knowlton payroll, is acting as a “senior campaign advisor” for Mulcair, much like what Topp did in the BC campaign. Lavinge was mentioned in several reports explaining why the NDP was firing
candidates who even mused about the legitimacy of the brutal regime running the Israeli government something that most NDPers are concerned about. It seems free speech and human compassion is a thing of the past for these democratic socialists. If you listen closely Mulcair sounds a lot more like Harper than the Liberal leader Justin Trudeau.

Evidence shows that the 2013 election in BC was stolen for the Liberals by the NDP campaign team. Now it appears the Canadian Federal election is following the same script. The same people that fooled the voters in BC are now manipulating voters for the Federal election. These are very dangerous times for democracy in Canada when it appears all the major parties are using the same PR firm, Hill + Knowlton as their chief advisor. As usual the corporate media is ready to spring into action for Hill +Knowlton to help spin the tale. Based upon what has happened in British Columbia election and its similarities to the Federal election, Canadians should be asking, will the 2015 Canadian Federal election be free and fair or will it be another political coup?

Walt McGinnis lives and works in Victoria BC.