Is the British Columbia Human Rights Tribunal  stacked in favor of corporate interests ?

A longtime corporate lawyer who has already turned down one appeal to the Human Rights Tribunal regarding radio frequency radiation (rfr) exposure from Smart meters is now ruling on a new appeal submitted by a grandmother trying to protect her grandson from WI-FI radiation at school.

In 2010 the Liberal government appointed Norman Trerise a corporate Lawyer and longtime senior partner with law firm Faskin Martineau to the BC Human Rights Tribunal. In 2013 Trerise refused to hear  an  appeal from the Citizens for Safe Technology (CST). Ignoring a mountain of evidence Trerise claimed the CST had no chance to prove that people were harmed from rfr  emitted from BC Hydro’s so called smart meters. He would not even let them present their case. 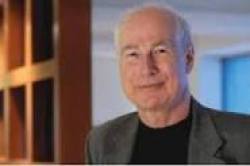 Trerise was a full partner in Faskin Martineau a huge international  law firm with a history of defending the wireless industry and not defending   citizens harmed by wireless technology . When Trerise stepped down from Faskin Martineau he no doubt took a major reduction in prestige and  in his salary to accept the government appointment to the BC Human Rights Tribunal. One has to wonder what was the burning  injustice  he sought to  correct by accepting the appointment.

Fasken Martineau, the law firm representing Rogers………..Canada Admits Safety Code 6 Guideline for Microwave Radiation Is Based Only on Thermal Effects.

In this new  Human Rights case  the  boy is  suffering from a condition known as electro-hypersensitivity and  his grandmother is asking the Tribunal to request that the School Board accommodate his inability to learn in an environment polluted by WI Fi Radiation. They want their  School  Board  to provide one school in the district for families who are concerned about Wi Fi exposure. The family cannot be named as a result of a highly questionable stipulation by the Tribunal. Supposedly the gag order is to protect their privacy although it appears it is only going to add a layer of secrecy on yet another profoundly unjust ruling.
It appears that the root of the trouble is that members of the Tribunal are appointed by the BC Government and the Liberals have had 14 years to stack this jury with industry insiders. The Liberals who have a very close association with the wireless industry through donations and other political appointments appear to be making sure justice will not be served for this family.

Previously the family  were the victims of another apparent jury tampering when the Liberals parachuted ex TELUS executive Rob Woods into the Deputy Minister of Education chair just in time to preside over their appeal to the ministry to accommodate her grandson’s disability. 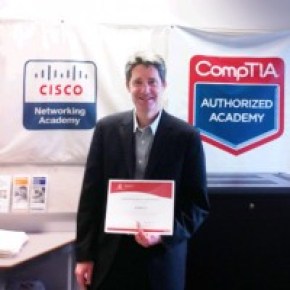 Needless to say  since  TELUS made their living from transmitting WI-FI radiation into the environment there was little chance for Woods to have a change of heart as Deputy Minister of Education. Not surprisingly the Ministry of Education turned  them  down.

“His senior management work with TELUS, combined with his knowledge of ICT, makes him an ideal deputy minister to push forward innovation in education. ”

Now with Norman Trerise handling the grandmothers  Human Rights Appeal we will have to hope that he has a change of heart from his last ruling. Or will it be business as usual in British Columbia?